671
SHARES
FacebookTwitterContribute
If you feel like contributing, please send a message to: join@sensanostra.com

The photography series ‘BOY’, by British-Iranian artist Parisa Taghizadeh, is an intimate insight into the world of her young son as he explores what it means to be a little boy. What started as a documentation of his theatrical world became an inquiry into what little boys are allowed to be before the world changes and molds them into some notion of what it means to be a man in our society.

BOY attracted worldwide attention when a photograph from the series won the Pride Photo Award 2014, an annual international photo contest for photography about sexual and gender diversity. I spoke to Parisa about her inspiration for the project and on her son becoming a poster child for gay rights.

My son is seven years old now. He was five when I started to take those pictures of him. I’d noticed around the age of two or three that he liked to dress up in typically girly costumes and clothing, in almost like a clichéd Disney princess kind of way. I didn’t think anything of it, as it just seemed like a very theatrical type of thing.

I was talking with a documentary filmmaker friend of mine who said that it might be interesting to document it, because I didn’t know how long this was going to last for. I think it’s quite common when a little boy tries to emulate their sister, but my son doesn’t have a sister, so I wasn’t really sure where it was all coming from. BOY is a documentation of the world that he created for himself.

When he wanted to wear a dress and go down to the supermarket, I’d have to explain that people could say things. “I’m just letting you know that that could happen.”

I always taught him that if people have an issue, it’s their lack of imagination. The problem isn’t with you. I really never wanted him to feel ashamed about doing what he was doing, even though he was going to kindergarten and other boys were making fun of him for dressing up like a girl.

I still try and teach my kids that – that if you’re different in any way, as far as I’m concerned it is to be celebrated. It’s not to be suppressed. 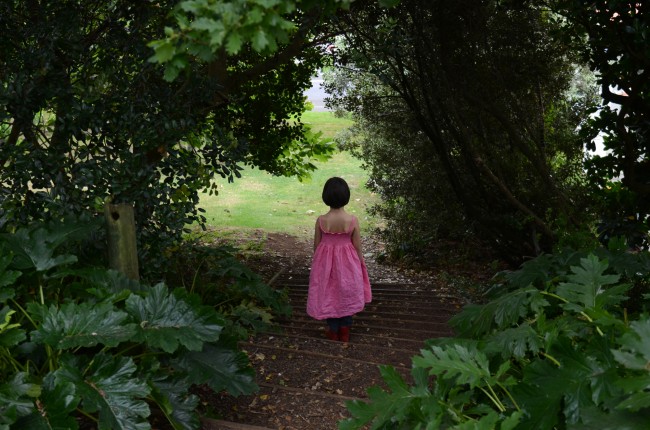 My work is out there. I put stuff on my website, send stuff into competitions. If you have any kind of public profile, the choice you make as a photographer is that this has to go out into the world. When BOY won the Pride Photo Award (Amsterdam, July 2014), it got a lot of publicity. It kind of exploded onto our household, and suddenly there were all these pictures of my kid on a poster on the streets of Amsterdam, and people holding him in pride parades. It become a bit politicised and grew a bit out of context.

It was kind of disconcerting that this image of him became this representation of gay pride. It suddenly was an iconic image that became so much bigger than what this project was initially about. For me that was okay, but it’s important to draw this distinction of what is actually personal and what’s not. I never reveal his name. It’s not about him as a person. It’s about this idea of a little boy being able to express himself more as a girl than as a stereotypical boy. It’s this idea of children being able to be who they want to be. It’s not specific to this particular child.

When you make something overtly political it turns people off. It ghettoises it and puts it in a niche where only people who are dealing with those things are attracted to it. I never label things as gender or as feminism. I don’t label, I see what I see. And there’s a reason for why I see it, and the meaning then lives in the subtext. 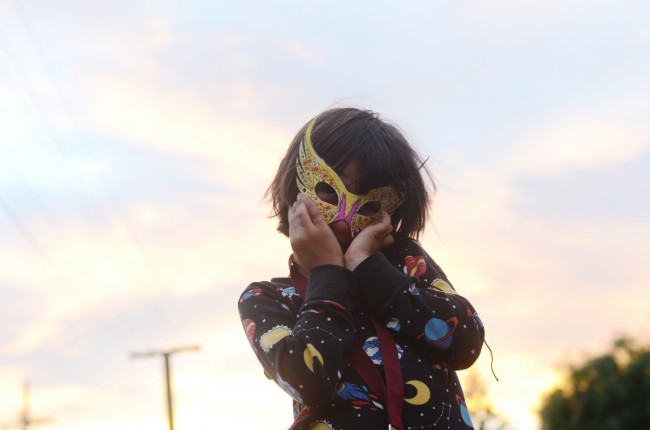 Politics is very much in the subtext of my work. There’s always an underlying point that I’m trying to make. The work that I make has always got cultural and personal identity, so there is that underlying factor: that being male or being female is so defined in our society, and I just find it very limiting.

The way I’ve always worded it to him, because he’s kind of old enough to understand all of this, is that it wasn’t specifically about gender identity. It was about parents allowing children to be who they want to be and never having to suppress any individual’s personality, however they wish to express that.

That for me has always been quite important in individuals. I’ve always really respected parents who allow their kids to be as creative and as out there as they can. I think people like that are pretty special and we have to appreciate them.

I’m originally from Iran, but I grew up in London and now live in New Zealand. I was always aware of the fact that when I left Iran I had this freedom that a lot of people in my country didn’t, especially girls of my own age. I was allowed to dress how I wanted and go out and listen to pop music, but girls back home couldn’t. Freedom of expression is one of those privileges that we have in the Western world that we really take for granted, and it’s an assumption. It’s a given that of course everyone in the world should be able to be how they want to be and dress how they want to, but a lot of the world isn’t like that.

People being able to express themselves, and just being able to have freedom of expression, has always been important to me. It’s almost like a guilt that I’ve carried with me throughout my life.

I think that ties in with Boy as well. 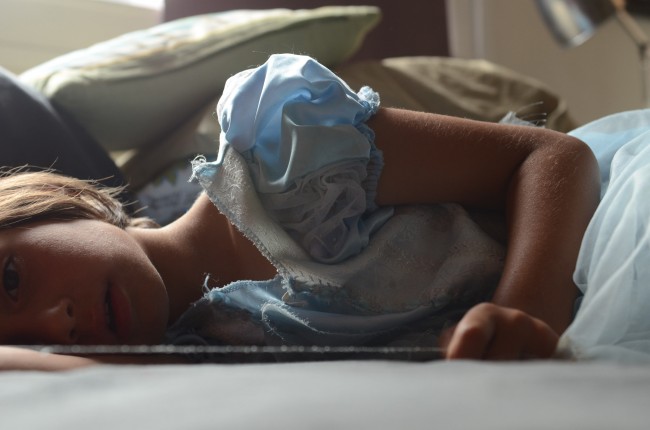 It’s still a somewhat unusual sight to see a little boy dressed up as a girl. Even in the most liberal of environments that we might live in, everyone always double takes a bit.

Sometimes I’d get really encouraging comments from other parents. Nobody would ever turn around and say anything negative to me, but for him, especially with other little boys, it was always like, “Urgh – why do you like dresses? You like girly things.” It definitely became a piss take thing for a while.

Of course, as a parent you try and protect your child against that stuff. Yet at the same time you’re trying to have the balance by saying it’s okay. “Be who you want to be.”

It’s a tricky one.

671
SHARES
FacebookTwitterContribute
If you feel like contributing, please send a message to: join@sensanostra.com