261
SHARES
FacebookTwitterContribute
If you feel like contributing, please send a message to: join@sensanostra.com

The luring drug dealers on the street corners and in the darker alleys have finally moved into the warm family houses. In Scandinavia, where the views on drugs and other substances are very illiberal, youngsters and adults turn to their computer to buy it over the Internet instead. ‘Spice’ is a generic name for synthetic cannabinoids; it gives a very strong cannabis-like intoxication. Mixing these ingredients creates substances that aren’t blacklisted, allowing the providers to get them over borders.  Spice can have varying composition, including synthetic cannabinoids. The drug is easy to get hold on, anyone with some computer brain can order it, but while doing so they’re also signing up to a game of Russian roulette because of the unknown substance that might be fatal for the unknowing user and already has taken many young lives. Sensa Nostra spoke to Martin Dahlander about his long life experience with the drug and how he almost got smoked by it.

Before my mother committed suicide my childhood was like any only child’s; I got a lot of attention from her, we were really close, me and my mom. I was everything to her and she loved me immensely. She worked so hard on making our home feel like a sacred place to me, a place I could long to get back to, away from the bullies at school. The rules were unlimited. It was normal for me to draw on my walls with markers, have water fights inside the house and even start small fires on the kitchen table under her monitoring. Then all of a sudden my mother was no more. Until that moment I had not realised that my mother was mentally ill, and it ruined everything.

She abandoned me and left me only with a letter. The feeling of being left behind grew inside of me until it became too much to handle and I started to become increasingly more introverted and indifferent. My bullies acquired fresh inspiration on new themes to tease me about. The letter that my mother had left me, which I used to carry with me to keep her close every day, was eventually found and read out loud and torn apart. The last piece that my mother left behind of her slowly floated in the air down towards the filthy school ground and as it landed, I turned my back on the scene and walked away. In retrospect, I can see that there and then everything turned black in my mind with my hatred taking the hold of me.

My first relationship with drugs began when I was only eleven years old and got the chance to try cannabis. I got sick, became scared and felt like a completely different person. Yet, there was simultaneously an affinity with darkness. I didn’t realize it then, but I had just laid the foundation for a romance that would last for over twenty years.

Yet, there was simultaneously an affinity with darkness.

My addiction escalated when I found out about “Spice” in my early teenage years through a lot of parties and a lot of experimentation. What attracted me about it was the fact that it was cheap, easy to get hold of legally and the violent rush it gave me; that it felt like I was back in the haven my mom once had created only for me. 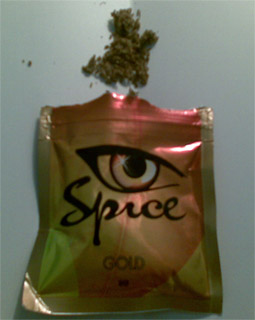 Spice is for me an incredibly addictive and socially debilitating drug that didn’t show any regard, neither for me or those in my surroundings. It was like someone knocked me on the shoulder, I turned around and there stood ‘Conan the Barbarian’ who then slammed me in the head with a two-handed sword.

It was like someone knocked me on the shoulder, I turned around and there stood ‘Conan the Barbarian’ who then slammed me in the head with a two-handed sword.

The total powerlessness combined with the freedom to avoid feelings was so overwhelming that I felt as numb as I’d always thought I wanted to feel like.

A normal day could look like this: I woke up, smoked, and depending on what I needed to do of that day, the amount I smoked varied. On those days when I didn’t have any special commitments I smoked until I fell asleep again, and the routine repeated itself as soon as I opened my eye lids again.This behaviour had a bad effect on my concept of time, my reality view and I eventually tangled myself into a web of lies.

This behaviour had a bad effect on my concept of time, my reality view and I eventually tangled myself into a web of lies.

The job I had during this period I lost and the issues I created were my own fault, but at the time I couldn’t see that, instead I blamed it on my surroundings. Finally I lost my partner, which was probably an indirect consequence of my addiction and how I was as a person, or rather how I wasn’t. At one point I was sitting and smoking with some friends, when one of them suddenly stopped breathing. I had to attempt CPR on him and beat his chest. At this point we were about to call the emergency number when he finally started breathing again. My first thought was, “Phew, now I can finally smoke again.” I was so fixated on the drug that I found it annoying to ‘waste’ time on reviving my friend – time that could have been spent on my drugs instead. That’s how addicted I was.

However, one spice was replaced with another in order to save me: Chilli.

Let me say that without Chili, I would not be who I am today, nor would I be alive. I bought Chilli when he was four months old and he quickly became my best friend. I’ve learned to take responsibility for another life, and not be so selfish. No one can make me as happy as Chili. He’s been taken many hours of tears from me, but also all my happy moments.

He’s the biggest reason why I can call myself a recovering addict today. Of course, my drug free friends have been a great asset to me, but Chili was the creature that made my heart connect with my brain. The day I decided to start living and not just get by surviving was the day I planned to take my own life. Seconds before I planned on shooting myself, Chili came up to me, looked at me and put his paw on my foot and whined, as if he asked what the hell I was doing.

After seeing the effects of my actions, I felt as if everything had gone too far and there was no alternative but to make a change. I saw no other way out than to end my suffering. But yet there and then I broke down, cause who would take care of him? The thought of never looking into his kind, big, brown eyes was heartbreaking and I took my finger off the trigger, put the gun that I had earlier bought aside and took him in my arms. He licked my tears and I decided that I, for my own sake and his, was not to take my own life. I was not going to take that same path down as my mother once had.

Coming down from it all was a nightmare for which I could not have been prepared. The hours felt like weeks, days seemed like months and the panic disorder can be described as a controlled madness. All I have built up over the years of abuse in order to protect my emotions and myself began to slowly, but surely, crumble. To wake up out of a twenty-year “coma” and realize that I just was, and still am, a lost child was scary yet liberating.

All I have built up over the years of abuse in order to protect my emotions and myself began to slowly, but surely, crumble. To wake up out of a twenty-year “coma” and realize that I just was, and still am, a lost child was scary yet liberating.

Looking back I think of this all as an unsettled emotional, scary and expensive lesson, yet one so important to have suffered through. I only wish that I’ve had the courage to deal with it earlier. I should also add that everything wasn’t filled with misery. I had an awful lot of fun during my time as an addict. However, the price that I paid for the few times that I had experienced great moments were not worth it by a long shot. I wish that in a couple of years I can look back and know that not all the years of total tragedy been in vain. My future will be for me to live my life as it was meant to be lived, as my mother wanted me to.

261
SHARES
FacebookTwitterContribute
If you feel like contributing, please send a message to: join@sensanostra.com

Post-porn is an art movement that emerged in the mid 1980s. Advocating a sex-positive attitude, it is a movement that celebrates sex as an…